Celebrate the end of hurricane season to the tune Americana and folk rock hits in the Florida Keys at this family-friendly festival.

Coastal Southerners hold their breath for about half the year. Starting June 1, they watch the news with a nervousness, awaiting each storm that pops up in the Atlantic, gets a name and churns off in whatever unfortunate direction the winds push it. Southerners’ jaws can finally unclench on December 1, the official end to the Atlantic hurricane season, the official day that, as this festival acknowledges, the coast is finally clear. COAST Is Clear, the arts and music festival, was founded in 2017 to lift spirits after Hurricane Irma hit Florida and has returned each year to celebrate the end of hurricane season. It began as a small affair thrown together by COAST, a local creative collective, and has grown with the Key West’s community demand into a three-stage, multi-venue festival that nabs nationally touring Americana and folk rock acts. The Shaky Graves will headline this year, and will be joined by New Orleans’ excellent Preservation Hall Jazz Band, Bonny Light Horseman, Hiss Golden Messenger, Fruit Bats and more.

The main COAST Is Clear event takes place at Fort East Martello, a Civil War-era fort turned museum and park. Smaller concerts will take place at hosted dinners and dive bars across the island. There will also be a local artist market, a screening of rock photographer Danny Clinch’s documentary and a block party in Bahama Village. Though it’s now attracting out-of-towners, COAST Is Clear organizers want to keep the festival locally focused. COAST Is Clear offers special discounted ticket sales to locals and donates a portion of its proceeds to local nonprofits. 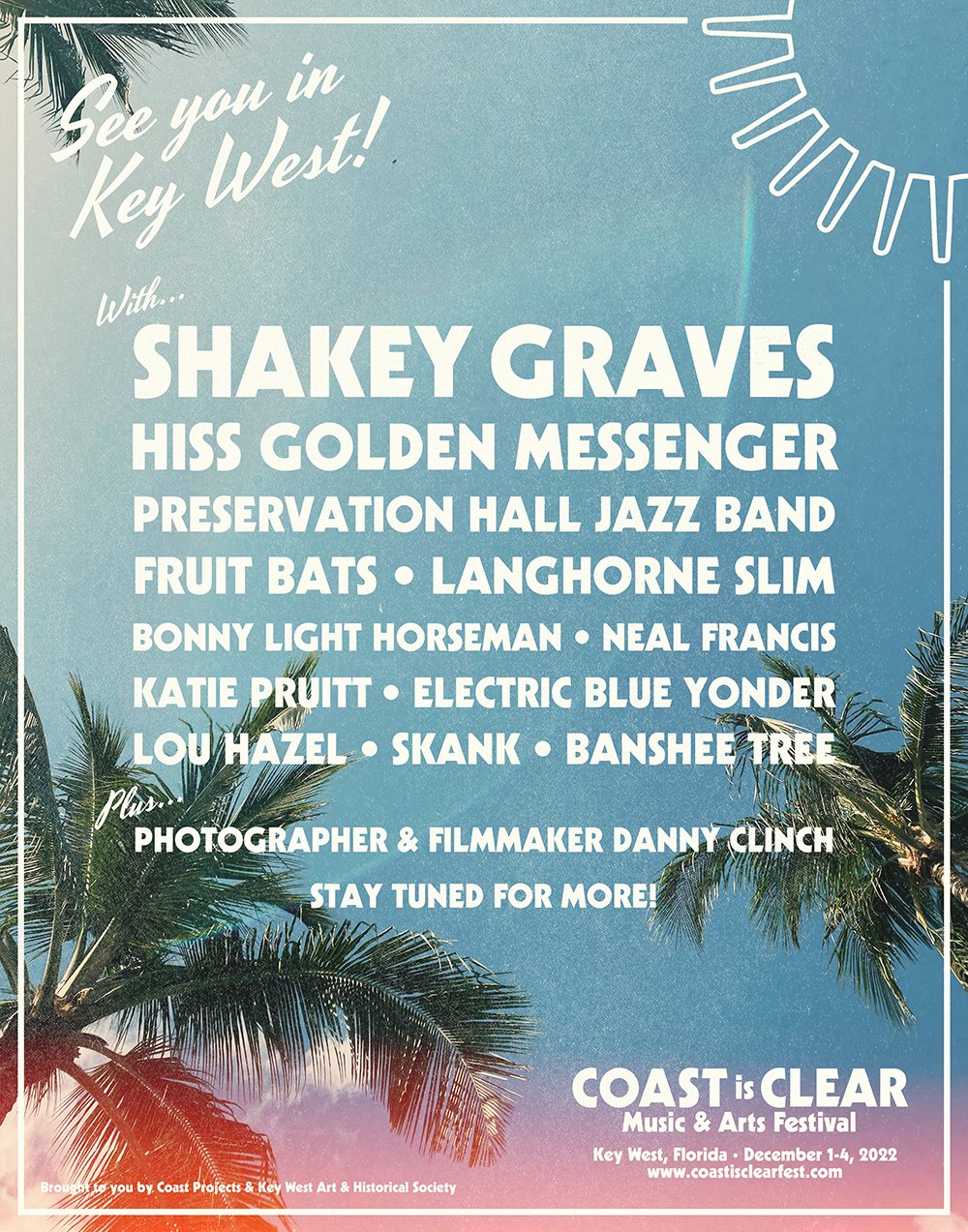