The EDC Orlando after party that qualifies as a festival in its own right. Home Bass takes over the Wyndham to create an all-inclusive EDM resort.

Go ahead, throw a party in your hotel room after Electric Daisy Carnival Orlando. No one will call hotel security on you at Home Bass. Hotel room parties are kind of the point here — as are pool parties, raves and partying until 5 a.m. This is the ultimate EDC Orlando after party, another EDM festival notorious for ending at midnight, which is early for this crowd. Home Bass, an entirely separate festival with an entirely separate (and impressive) EDM lineup, has sprung up to keep the EDC party going until the sun rises. To do so, festival founder and prolific party promoter Brian Thomas has pioneered a new festival model, renting out every room in the Wyndham Orlando Resort and turning the hotel’s footprint into the festival grounds. You can rave where you sleep and sleep where you rave and never have to worry about how you’re getting back to your Home Bass (see the pun?). This year, you’ll share that home with Borgore, Flosstradamus, and Jai Wolf, Lucci, to name just a few of the resident DJs.

With four stages, Home Bass isn’t just one of the biggest after parties in the area, it’s one of the biggest pre-games, too. There’s brunch with DJ’s, goat yoga, poolside raves, and, crucially, shuttles to and from EDC. Since its founding in 2018, Home Bass has strived to create not only a party, but a place where people can build a bit of community, even if only for a weekend. Hotel room parties spill into the hallway and PLUR-inspired fraternizing is encouraged. Obviously, things get loud, and this is not the best place for quality sleep, at least, not during normal sleeping hours. But, if you want to whirl through an island of bass-loving lotus eaters for what will seem like endless days, then this is your stop.

For those more interested in Home Bass than EDC, there’s now a summer edition unconnected to any other festival. 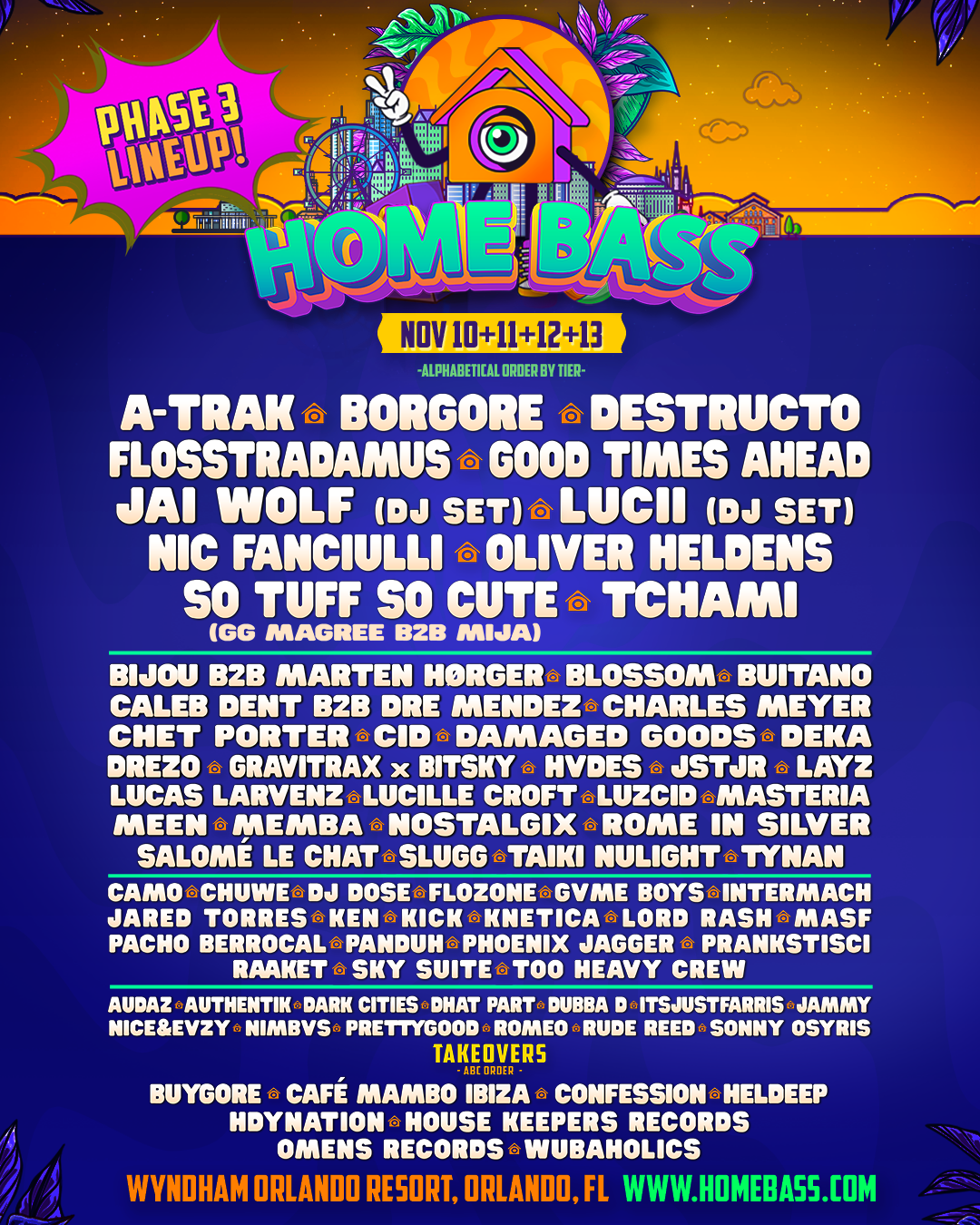 Best Things to Do in Orlando