With lights shows, electronic music, and art exhibits that make you think, III Points wants to be the Miami music festival of tomorrow.

If an electron ate shrooms, it might experience something like a set at III Points: a lot of sweaty bodies bumping into each other inside a dark warehouse while dancing to EDM and laser light shows. Yes, III Points is electronic, but in the broadest definition of the word. The lineup has multiple takes on electronic music, from dance to disco to rave. Even if one of their artists isn’t playing some beep bop version of EDM — and a significant portion play jazz, indie hip hop, rock and Latin — the festival lights up their sets up like a psychedelic rave. Outside of the six stages, lights function as sculpture and decor, adding another layer of effect to murals and graffiti sprayed live over the course of the weekend. Everything sort of glows.

Now in its ninth year, The Miami New Times declared that III Points is becoming one of the top music events in Miami, rivaling larger events like Ultra. This year, it pulled major acts like LCD Soundsystem, Porter Robinson, Rosalia, Flume, James Blake, and Freddie Gibbs. The founders are progressive, new age even. In 2016, they used energetic work that may or may not have been witchcraft to try and divert Hurricane Matthew from the festival grounds. (The weather was, reportedly, great that weekend.)  They started III Points to both highlight Miami musical talent and create a music festival more intellectually engaging than the average party hard event. Last year, 50 percent of artists on the lineup hailed from Miami. This year, they will increase the presence of museum-like exhibits. One of these exhibits is Despacio, a listening experience developed by members of LCD Soundsystem and Soulwax, that will run all weekend. In response to festival-goer feedback, they’ve also increased the number of water stations and expanded the roster of official afterparties. 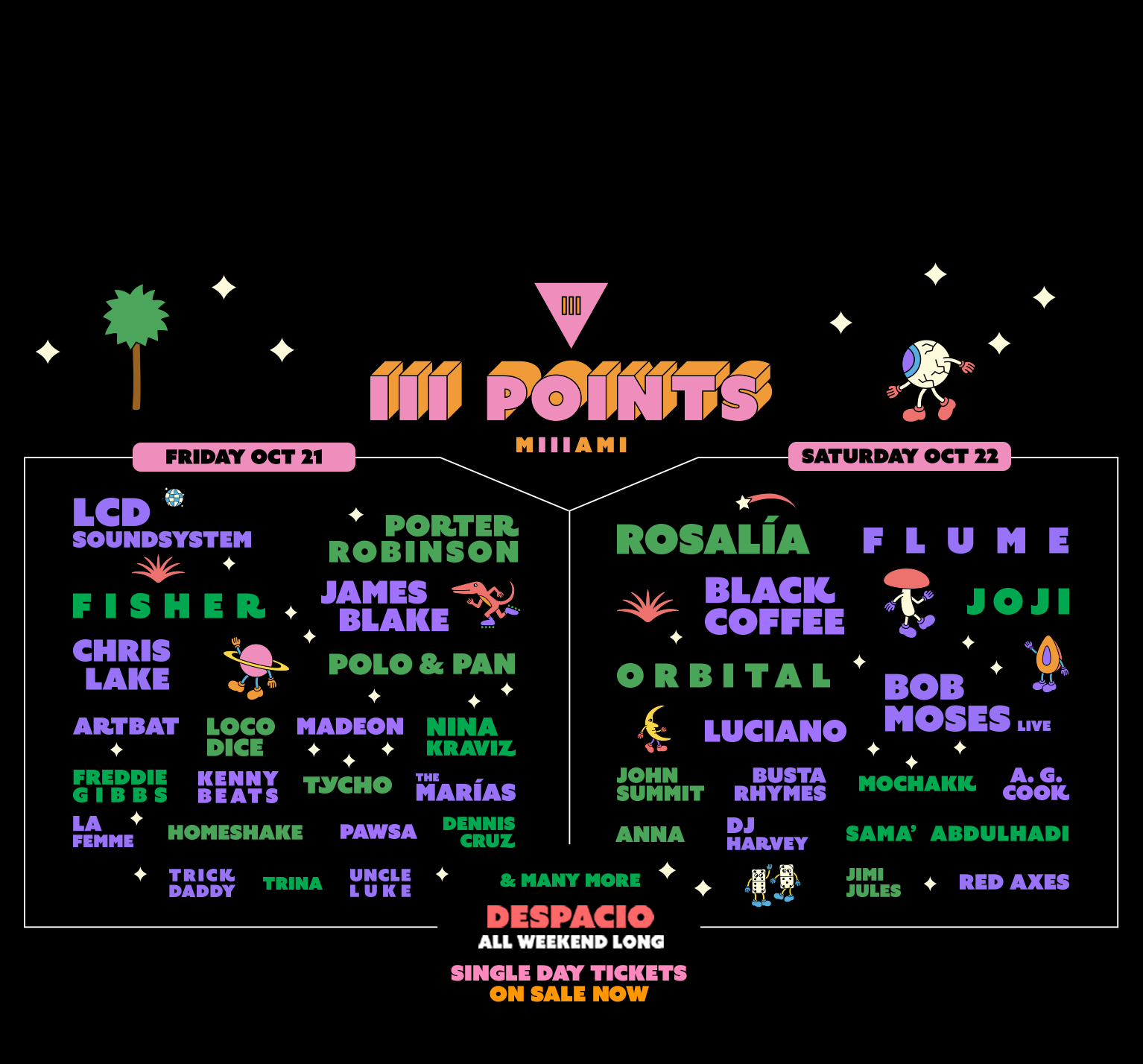 Best Things to Do in Miami