Eddie Vedder. On the Beach. With his famous friends. Rocking for three days to support California coastal conservation.

On the very beach where he learned to surf, Pearl Jam’s Eddie Vedder has created Ohana Festival, a hang out of a music festival with a lineup picked from his very talented friends. Artists like Beck, Brandi Carlile, Maggie Rogers, Stevie Nicks, and, yes, Pearl Jam have all come out to support Vedder, who donates a portion of the festival’s proceeds to conservation organizations, including the Doheny State Beach Foundation and San Onofre Parks Foundation. Alongside its music, the festival has a storytelling cove that hosts panels with the scientists, surfers and activists working to save the beach. Since its inception in 2016, the beachside festival has been well attended, but not crazy crowded. You’re here to vibe, not to mosh. This is true for the artists, too. Reviewers noted that the performers seem to get along, spontaneously popping in and out of each other’s sets. Last year, Pearl Jam (and former Soundgarden) drummer Matt Cameron played with four different bands.

After tickets quickly sold out in 2022, Vedder added a second, encore weekend with acts like Alanis Morissette, The Front Bottoms and The Roots. That weekend has since been canceled. According to Spin, “ticket-holders received an email from Front Gate Tickets informing them that the event had been canceled ‘due to circumstances beyond our control.’” Those tickets will reportedly be refunded, and weekend one will go on. 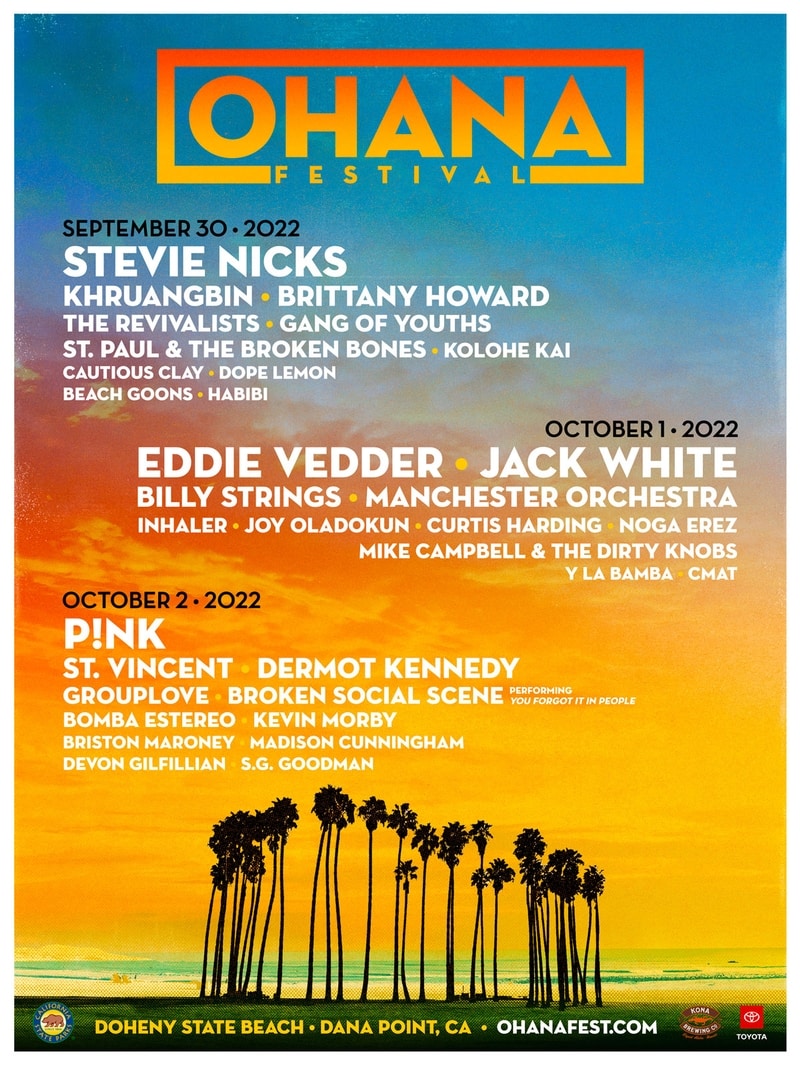