What started as a multi-venue show scattered around Chicago in 2005 has grown into an annual three-day, five-stage rumpus at Douglas Park (to the annoyance of some park’s neighbors).

Riot Fest is one of the few remaining independently-owned large U.S. festivals and, aside from being known for its potent punk- and rock-centric lineups, it’s carved a unique niche on the live-music landscape as a host to exclusive reunion sets. This year, along with headliners My Chemical Romance, The Misfits and Nine Inch Nails, pop-punk rockers Yellowcard will play their first show since they called it quits in 2017. Likewise, indie darlings Sunny Day Real Estate will hit the Riot Fest stage to perform for the first time in 12 years. The weekend’s lineup also includes Yeahs Yeahs Yeahs, Sleater-Kinny, Ice Cube, Portugal The Man and Bleachers, as well as tons of others.

More than one reviewer has called this event a place for misfits, and noted that the festival cradles that famous punk rock, come-as-you-are community. The crowd is older and slower than the spandex-clad demographic that populates Lollapalooza. That said, if you prefer your punk delivered in dark clubs, Chicago will host plenty of after shows that weekend. 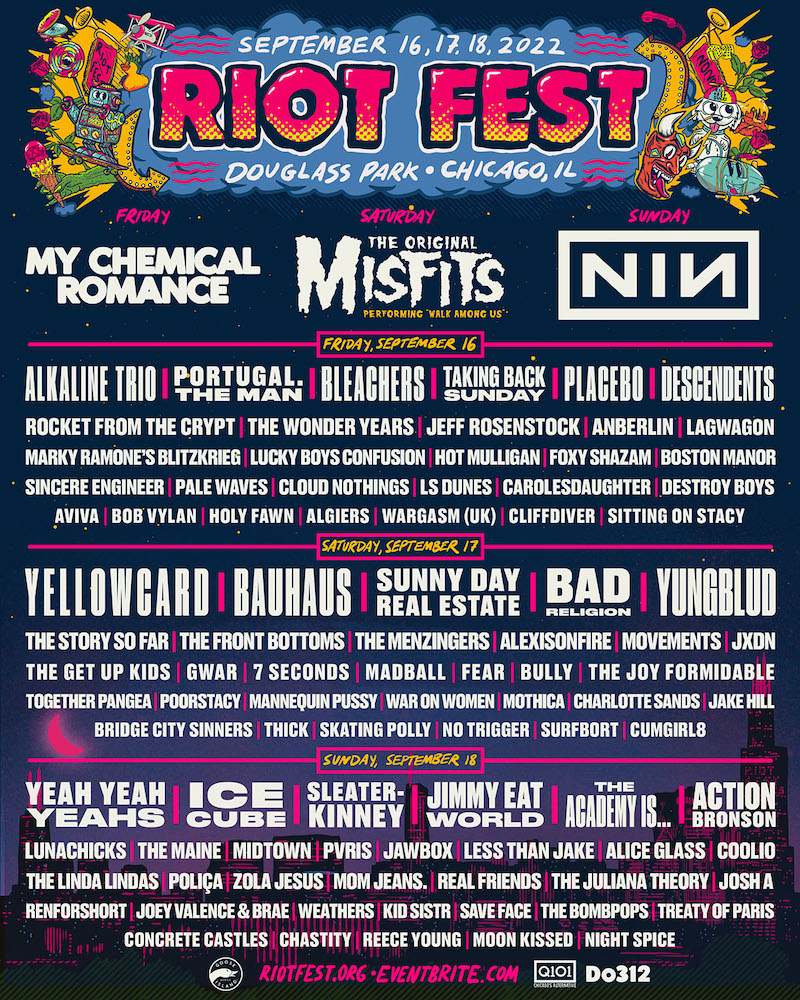