A country mega-fest in rural Minnesota that's as much about beer and camping as it is the music.

Get ready to be flooded with beer, ball caps and cowboy hats when attending We Fest, a country music mega-fest in rural Minnesota. The three-day event is held annually on the first weekend in August at S00 Pass Ranch and has attracted 150,000+ in recent years, according to online reports. The tens of thousands of people who come to We Fest crave not only steel guitars and songs about drinking, but to escape the bustle of the city. Many attendees camp at one of the 10 campsites at the 400-acre ranch and, bonus, all campgrounds have free showers and restrooms.

Who goes to We Fest? Well, if your idea of an amazing time is a cross between a honky tonk party of bro-country fantasies and beer, We Fest has you covered. Last year, Dierks Bently handed out an entire cooler of beer to audience members during his set, and Russell Dickerson performed with beer cans in holsters on his hips. This year, you can crack a cold one while listening to headliners Miranda Lambert, Luke Bryan and Jason Aldean as well as older acts like Tanya Tucker and Clay Walker. Needless to say, this festival might be for the young and young at heart, but it is not for minors. 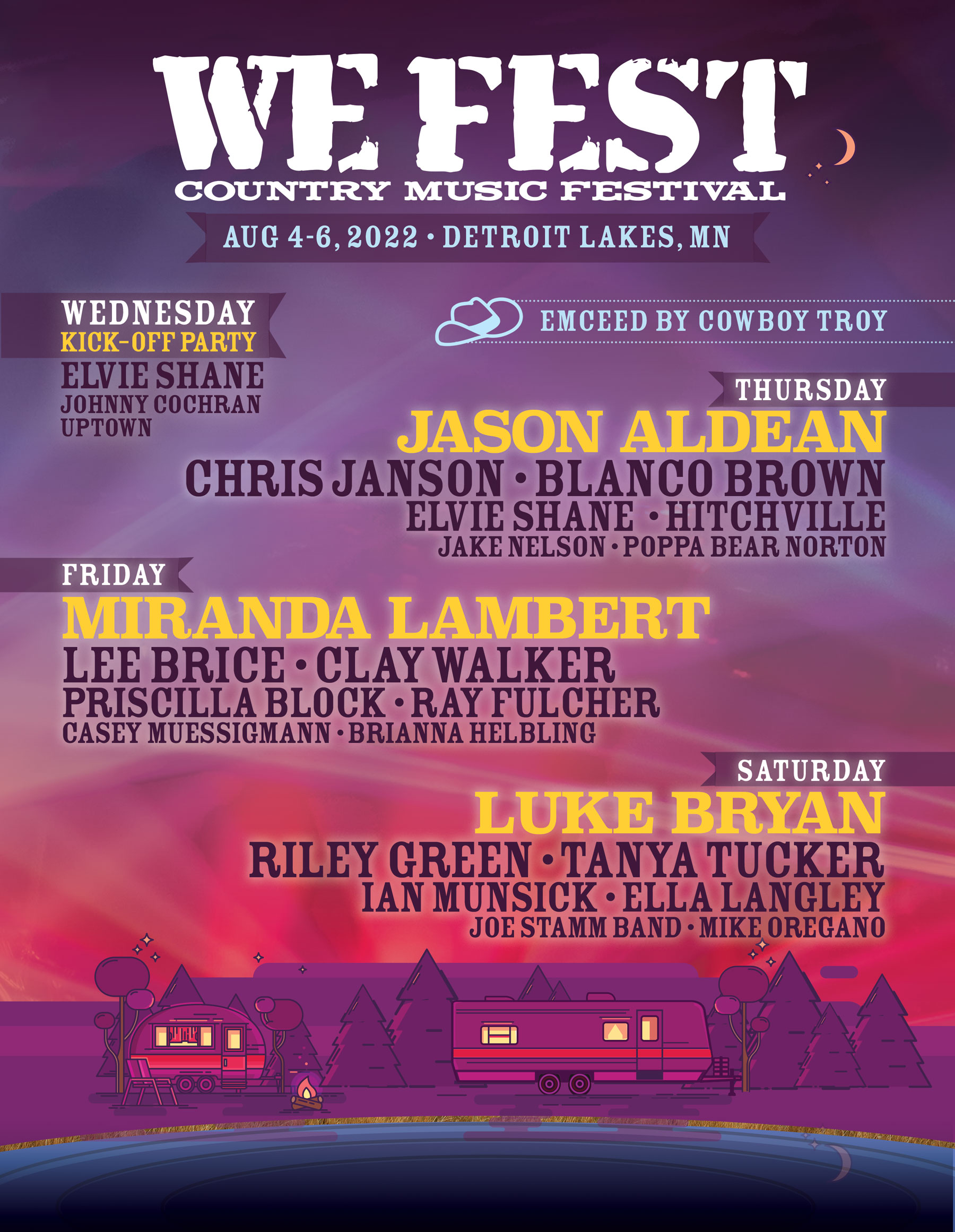