Arizona gets an indie powerhouse with the first Zona Music Festival. Japanese Breakfast, Tegan and Sara, Portugal. The Man and more will headline.

The growing Arizona festival scene is getting an indie and alt-rock powerhouse. In December 2022, Zona Music Festival will premiere in downtown Phoenix with big names in the not-so-underground underground genre. Tegan and Sara, Japanese Breakfast, Portugal. The Man, Bleachers and Beach House will all headline the event. Down the bill are Lucius, The Front Bottoms and a list of lesser-known bands that nonetheless have indie reddit excited. Festival producer Psyko Steve Presents has long promoted local talent and Zona is no exception. In October, the festival added 14 local bands to the lineup and a fourth stage called Under the Bridge where they will perform. Of the Phoenix crew, be sure to catch Black Carl, who are reuniting for the event, UPSAHL, Miniature Tigers, Playboy Manbaby and Phoenix Afrobeat Orchestra. The media has multiple times described Zona as boutique, so don’t expect to mosh with 100,000 people. However, the party doesn’t stop at the festival grounds. Zona Music Festival will host pre-parties and after-parties throughout downtown. 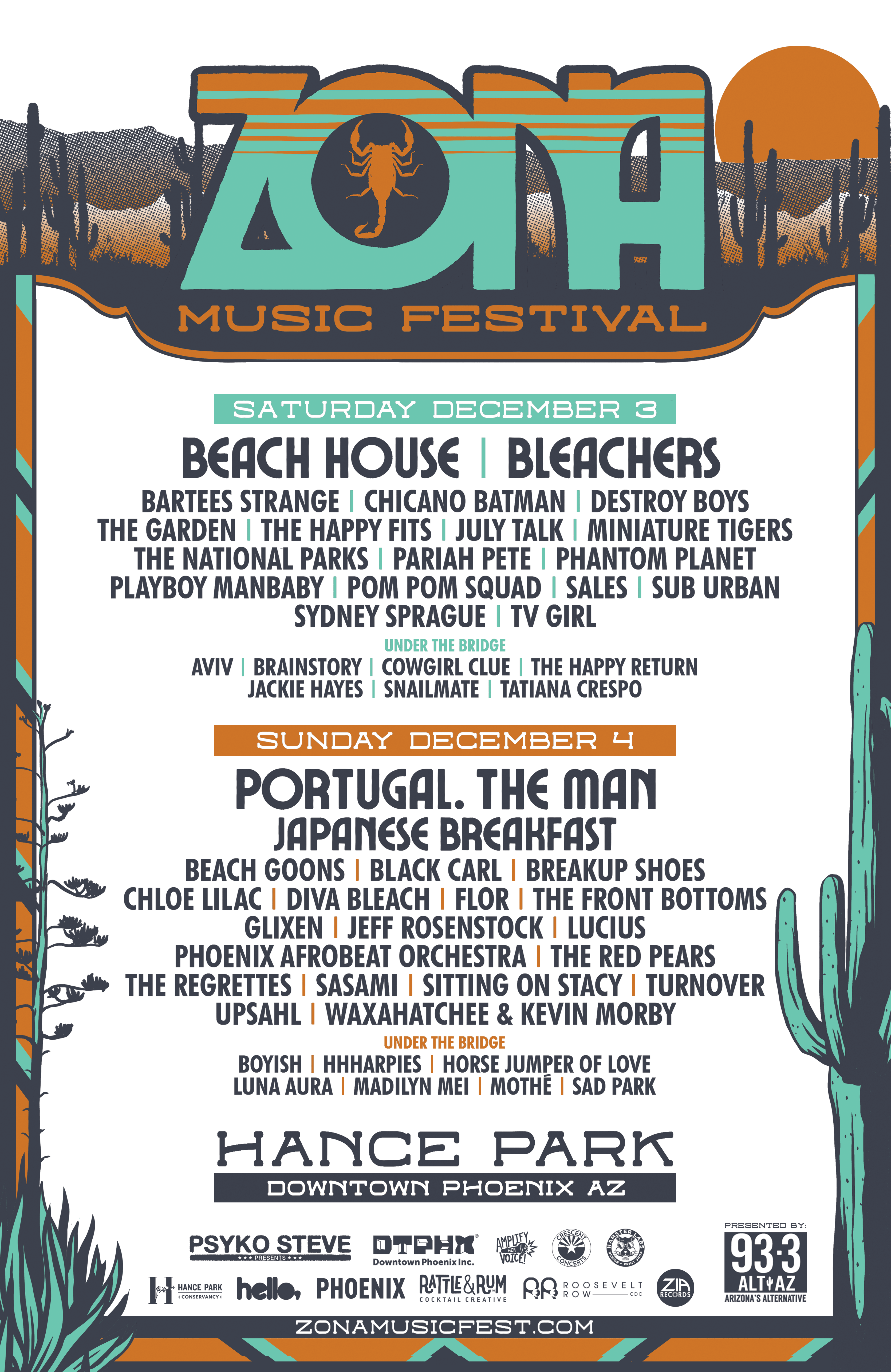