Welcome to Fifty Grande’s Best of the U.S. Bucket List series. This is your one-stop travel guide to the best, most unique and quintessential experiences of a city, state or event. Want to know how to “do” Charleston? We’ve got you covered. Curated by experts, vetted by in-the-know locals, this is all you need to have the best trip ever. If we’ve written a Bucket List, we recommend you go. If it’s on this list, it’s the best the city has to offer right now. Consider this your one-stop answer to “What are the best things to do in Charleston, South Carolina?”

Charleston has some history. Founded in 1670, it’s been home to British loyalists who named the city in honor of the king, French Huguenots fleeing religious persecution, pirates like Stede Bonnet (who was famously executed here) and thousands of enslaved Africans who worked the nearby plantations. The American Civil War started here at an island fort in the harbor, too.

But, today, it’s not all “old South” imagery. The International African American Museum, which enshrines the far-reaching legacies of the enslaved people and Black Americans, now calls Charleston home. That legacy is obvious in the area’s Lowcountry cuisine, which was heavily influenced by the African foodways of enslaved people. Seafood, heritage grains like benne and vegetables like okra and eggplant are all common, and they’ve become integral to a food scene that has received wide acclaim from both industry bigwigs and locals.

As you traverse the cobblestone streets, past the grand, pastel-hued homes of Rainbow Row, the trendy new restaurants and the eateries that have been around for decades, remember all who made this American city what it is, and let Charleston soak into you like butter into grits. 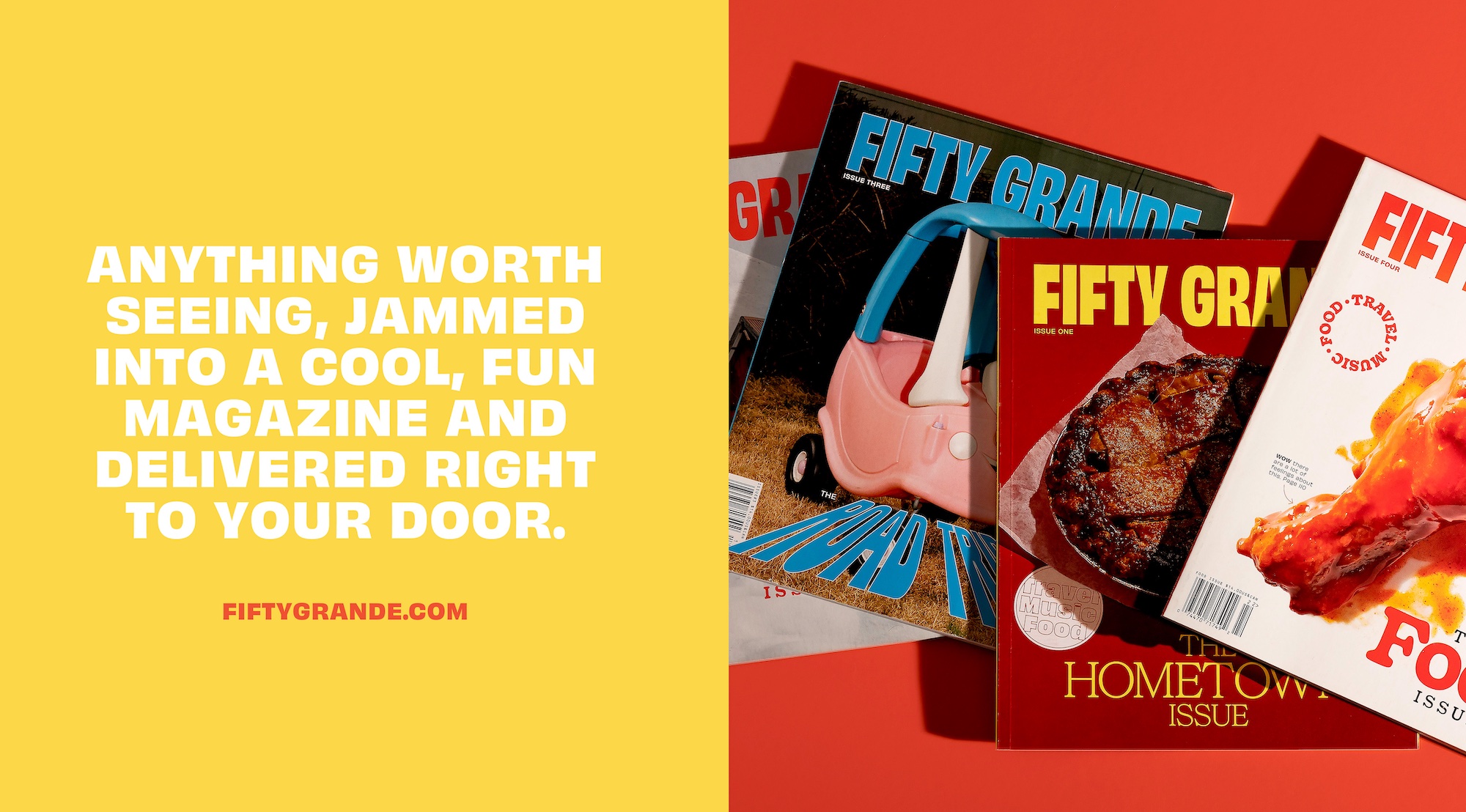 Come hungry. South Carolina cuisine is some of the best in the country. Some of its most famous staples are barbecue, served traditionally with a mustard-based sauce, and she-crab soup, a creamy bisque with blue crab meat and sherry. Many restaurants are casual, but a few are upscale and might require reservations.

If you’re looking for she-crab soup, one of the city’s most well-known dishes, look no further. Open since 1982, this French Quarter area restaurant serves classic Lowcountry cuisine like their award-winning she-crab, crispy chicken livers and fish and grits.

Scott ran his family’s barbecue restaurant out of a small space in rural Hemingway, S.C., before opening his first spot under his own name. His whole hog pork, served with sweet “Carolina style” sauce or “Alabama white” sauce, is the main draw. But, this is barbecue, so you have to get a few side dishes, too. Some of the best here are the collard greens and mac and cheese.

Make the trip to James Island for this family-run restaurant dating back to the 1920s. Diners sign the wooden walls with Sharpies and eat oysters straight from the marsh, brought to the table by shovel. This is also a great spot for frogmore stew, a traditional Lowcountry boil of shrimp, corn and sausage.

The narrow King Street shop is the perfect spot for breakfast on the go. Get your fluffy biscuit piled high with fried chicken, pimento cheese or sausage gravy. The shop also sells frozen biscuits to take home as tasty souvenirs and has a second location inside the bustling City Market.

This restaurant is one of the few places in the city where you can get traditional Gullah food, the cuisine of the people of the Sea Islands. Signature plates include crab rice and shrimp with okra.

Charleston sits on a peninsula, so you’re never far from the water. Some of the cobblestone streets date back to the city’s founding, still bearing the names of its previous inhabitants. The city is very easy to get around, whether on foot or on the free bus that runs from the visitor’s center to the aquarium.

The International African American Museum opens January 21, 2023, on the site of Gadsden’s Wharf, the point where 40% of all American enslaved persons entered the country. The museum covers the African diaspora, the influence of African American culture in the United States and movements for racial justice and equality.

America’s oldest museum is the best place to start your visit to Charleston. Founded in 1773, its diverse collection ranges from a stuffed polar bear to historic garments to pottery fragments found at local homes. The museum manages two adjacent historic homes, and you can purchase a combination ticket that gets you into all three sites.

This museum is one of the city’s most underrated landmarks. It opened as the collection of a local philanthropist in 1905, making it one of the country’s oldest arts organizations. Highlights of the museum’s collection include paintings from the Charleston Renaissance and the artful sweetgrass baskets woven by Gullah artisans, the Creole-speaking, coastal people who trace their ancestry from central and west Africa.

While the historic City Market can be overwhelming, it’s the best place to snag locally made products. You’ll find sweetgrass basket weavers carefully crafting pieces here, along with jewelry inspired by Charleston’s gatework and Gullah artwork.

There are three beaches within a 20-minute drive from downtown Charleston, each with its own attitude. Folly Beach is popular with the student crowd, with laid-back beach bars and views of the historic Morris Island Lighthouse. Sullivan’s Island was home to Edgar Allan Poe during the Civil War and has a stretch of incredible restaurants like The Longboard and The Obstinate Daughter. Isle of Palms is the most upscale of the group, with grand vacation rentals and Wild Dunes Resort.

South of Broad – If the French Quarter is New Orleans’ most photographed neighborhood, South of Broad is Charleston’s. It gets its name from the wide street at its northern border, Broad Street, and runs south all the way to the historic Charleston County Courthouse. The homes south of Broad are among the most grand, including the Nathaniel-Russell and Heyward-Washington houses, both of which are open for tours. You’ll find Rainbow Row and the Battery, the highly photographed sea wall with a row of grand houses, here as well.

The area between Morris Street and Septima Clark Parkway is where the new, trendy restaurants and shops have popped up in recent years. Give yourself plenty of time to wander the small, but delicious, area, grabbing a local beer at Elliotborough Mini Bar and picking up trendy menswear at Indigo & Cotton.

Cross the bridge to visit the Old Village area of Mount Pleasant. This charming stretch is like stepping back in time. It’s so scenic that it’s been used in a number of television shows and films including “The Notebook” and “Outer Banks.” Grab an old-fashioned soda at Pitt Street Pharmacy and fresh-from-the-creek seafood at The Wreck of Richard and Charlene.

North Charleston’s circa-1900 planned community centers around a large roundabout, with restaurants and shops around its spokes. It’s also near the city’s decommissioned Navy base, now used for festivals, concerts and as a filming locale.

This boutique hotel is a welcome addition to the Charleston City Market area, which is otherwise overcrowded with basic hotel chains. Rooms come with record players and a curated album of music by local musicians. The bar and restaurant has cocktail windows where you can ring a bell to receive your drink. In the morning, grab coffee from Clerks and browse the gift shop that sells Stetson hats made exclusively for the hotel.

This 91-room hotel has Caribbean vibes with a rooftop pool and its Little Palm Bar. The coastal-inspired rooms have Peloton bikes available for rent. Its adjacent restaurant, Hank’s, is one of the city’s best seafood spots.

Stay like a local at the seven-room inn in the Old Village neighborhood, which has large and airy rooms, a popular restaurant and bike rentals to explore the area. The rate also includes a lovely European-style breakfast.

Do you recommend this?
0
0
No votes yet.
Please wait…
MORE LIKE THIS

Best Things to Do in Jackson

Best Things to do in Denver