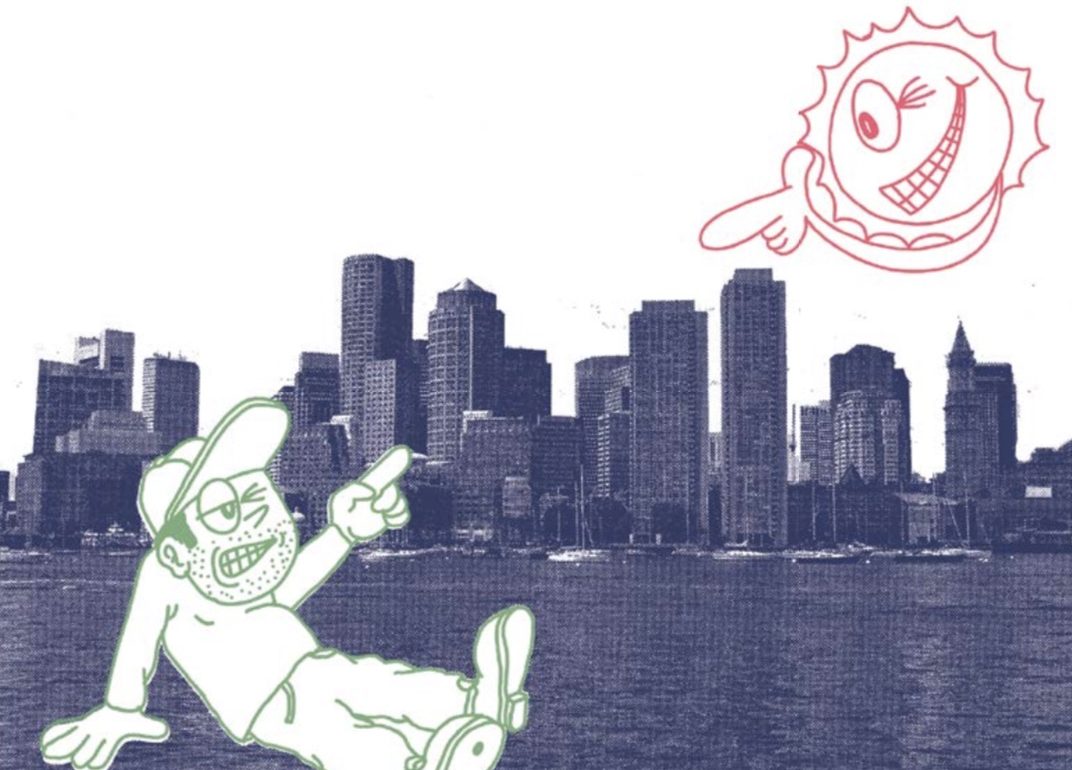 Trust me, we know how much it pisses you off.

All the sports championships. Go to the movies, there’s Marky Mark. Flip open your laptop and Not New York’s skyline is the default go-to city on the hill.

We’ve got Conan on late night. Tom Brady on every Sunday.

Your city has colleges? We’ve got Harvard and M.I.T.

Someone wrote a novel about living in your city? We’ve got Stephen King, John Irving and Dennis Lehane.

Boorish expatriates, hammered on Coors Light, fanning out across this country like a pack of feral mongooses. Aggressive. Surly. No longer afraid. An aggrieved collective unleashed. You refuse to acknowledge it, but we’re everywhere.

Chip on the collective shoulder? No doubt.

But there’s a reason. It wasn’t always clam chowder sunshine and baked beans rainbows for Masshole Nation. Back when Top Gun power chords rocked harmonic across the MTV danger zone, Boston was a punchline. A third-rate pit-stop piss palace. A brick-road hicktown that you’d pass through on your way to someplace worthy of a stop. A beach in Maine. A ski mountain in Vermont. Anywhere but here.

We sucked. We knew it.

And way in the distance, at the edge of the ecotone, sat impossibly glorious Los Angeles. Shiny, sinewy beams of phantasmagoric ephemera. If L.A. was the American Dream realized, we were the forgotten wisp of a memory, not even cool enough to call ourselves a nightmare. On the polar opposite side of the country and relevance spectrum. When the Celtics played Lakers, it wasn’t just basketball. We were fighting for our very right to exist.

Of course, none of us believed it. We hated our city.

All the piled-up paradoxes. Too big to be small. Too insecure to be big. Provincial-cosmopolitan. Liberal-racist. Elite-working class.

We were a Jeff Goldblum Brundlefly impossibility. Caught between old and new in an angry Battle of the Network Stars tug-of-war. Only there were no stars. Only Kevin. And Kelly.

Legacies divided us. Brahmin WASP old money flowed through the tony brick colonial-style buildings in Newton and Cambridge like invisible cattle pens. Right next door, Old Lady Finnigan lived alone in her crumbling townhouse. Cursing like a postherpetic sailor. Spitting on your Honda Accord every time you parked too close to her azaleas.

Class divisions cut deep. Centuries of embedded tribalism had paved a suburban foundation, like the notorious horse-and-buggy curvy streets that made navigating from Cambridge to Brookline a Dora the Explorer adventure in planes, trains, and auto-immune disorders. Curved loop e loops and roundabouts where once horses trod frustrated the tourists and amused the locals. You can’t get there from here.

But racism cut deeper. Like America, this was Boston’s true fracturing agent. Less than a decade removed from the violent, racist busing riots and everyone was still pissed as hell.

Even the elevation of the Kennedys in the 1960s into some old-school proto-Kardashian American dynasty couldn’t wipe away the insecurities of the I-95 hoi polloi.

The muddy Charles, not yet deified as a Mystic River, sliced Allston from Cambridge like some gunky Tolkien crevasse your sixth-grade boyfriend wrote bad Dungeons & Dragons fan fiction about. The town wasn’t even close to becoming The Town. We had spent decades grappling with the larger forces that ripped the country apart. Those rips didn’t easily heal.

So we found ways to pass the time.

We cruised down Storrow Drive buzzed on Natty Ice. Scattered bottles of Sam Adams dotted and glittered the Mass Pike shoulders from Stockbridge to Boston. Banged a U-ie and found Sean, Christian, and Matty had upchucked in Burger King parking lots with guttural laughs and “yo’ momma” asides. Hit up Jillian’s pool hall by Fenway. Went roller-skating to the Cars. Saw J. Geils at the Spinoff near the Mass Pike. Flirted with Revere girls in the Common by the Duck Boats. Bared midriff on display, decked out in the latest off-rack Esprit bought on sale in Filene’s Basement. Seventy-five percent off, bitch.

But every so often, one of those nights would break into awesome. Found a house party in a condemned craftsman on Mission Hill near Jamaica Plain. Just made sure to step over the smashed whisky bottles and discarded needles. Broken sidewalk cement rose up to trip us like a foamed obstacle course on American Gladiators. If you found the party, you might get to smoke a seed-filled joint, mostly oregano, passed around by Skye, a hacky-sack neo-hippie from a Newton townhouse. You both knew he just slummed it with the locals before heading back to Brandeis to make his fortune.

Headed over to Harvard Square. Ran with the boys across the BU Bridge. Checked out Tracy Chapman and Mary Lou Lord busking near Bartley’s Burgers.

Got in good with the Beastie wannabes who skated in the Pit near the Coop. Smoked a Camel. Mocked the nervous Harvard kids as they rushed by to their dorms. When that got lame, headed up Boylston. Entered the Garage. Perused the stacks at Newbury Comics. But never bought anything. Well, maybe once. A Fabulous Furry Freak Brothers comic.

We had music though. Before Kurt and Co. filtered that East Coast edge through the rain-soaked sensibilities of the Pacific Northwest, Boston was pure, undiluted post-punkedness. Pixies. Lemonheads. Bullet LaVolta. They’d hang with you after the gig if you’d help them carry their amps back to the van.

Hop the T and it might take you 90 minutes and two transfers to get from Allston to Cambridge to catch the Bosstones at the Middle East. Another hour back for a late-night set by Love and Rockets at the Paradise. Too young to get in to see the punk bands at the Rathskeller, aka “The Rat.” Even when local demigods like Joe Perry or Steve Vai would drop in for a set.

All that running but never quite getting there. Never getting out, either. Just stuck. Fredo Town.

And then, one day, somewhere in the mid-1990s, everything changed. Suddenly, there was young, beautiful Matt Damon sitting on the Red Line. Pensive and pouty as it rumbled over the Charles. Amber dappled sunlight filled his movie-star face. Elliott Smith songs played, because it was the ’90s, and the sparkling Charles shimmered in the distance. No longer muddy. No longer polluted.

Mystic indeed. The iconic Boston skyline sat behind it — glorious.

And just like that, as the many dreamy montages of Gus Van Sant’s ode to Boston youth and perfect cheek-bone arrived, the Town arrived with it. It was a moment that told the world that maybe Boston wasn’t such a loser after all.

To be clear, Will Hunting wasn’t the reason Boston changed. But it is as good a moment as any — and near-accurate as can be — to mark the town’s transformation from a surly collection of Also-Rans and Bitter Bois into the most obnoxious Little Big City in America.

And then: Nothing but net.

The Patriots. The Sox. Winners. Title Town. Today, the psychosis has subsided. Those once-sublime corners where the skater kids roamed are now quiet. The New Kids are Old Kids. The Rat, boarded up back in 1997 when Kenmore Square was Times Squared of its grime, is now a bank. Local institution Steve’s Ice Cream is now just another Coldstone.

If traveling to Boston, you may be able to catch a glimpse of that old bitterness — real Boston. Brookline’s Coolidge Corner Theatre is still the greatest revival house this side of Sundance. Listen as the angry old Jewish ladies chomp their hard candy during a Werner Herzog retrospective. The Middle East endures as a siren of long-haired rock rhapsodic on the search for the perfect melody. The Paradise still books antiquated metal kids from the Berklee Collegeof Music like a yearly leather-clad salmon-spawning ritual.

Over in Harvard Square, Bartley’s and Tracy Chapman might be gone, but the scruffy man-boy behind the counter at Newbury Comics will still sell you a Twin Peaks T-shirt and a manga bobblehead with a monosyllabic grunt.

It’s there if you look for it. At least a little bit.

— Jay Louis is an entertainment writer and creator of Hot Chicks with Douchebags. He lives in L.A. and is from Brookline, Mass. 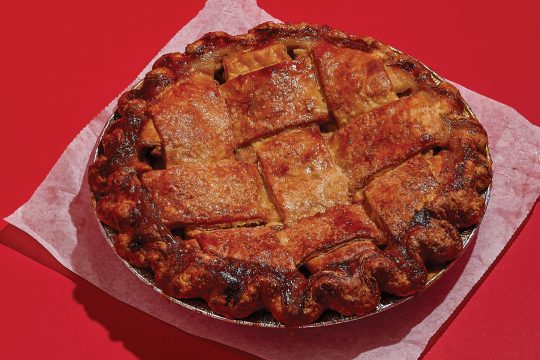 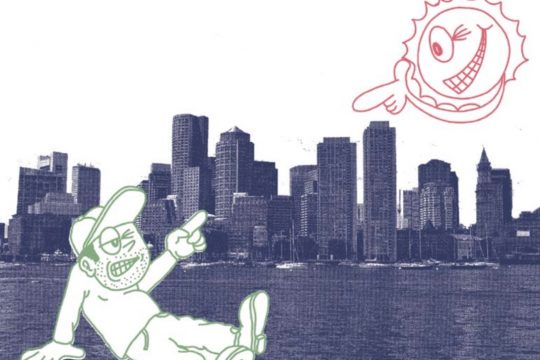 This story appears in our debut, Fifty Grande Magazine #1, the Hometowns issue. Trust me, we know how much it pisses you off. All the… 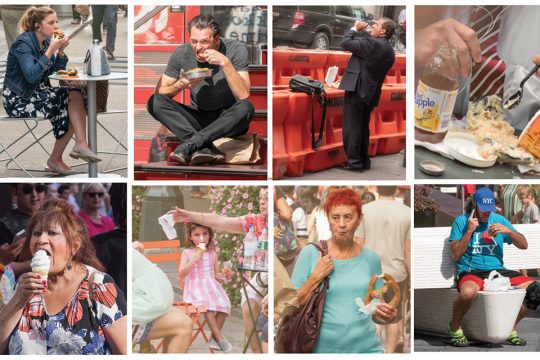 Why you should dine alone at restaurants

This story appears in our debut, Fifty Grande Magazine #1, the Hometowns issue. She looked like a cross between Robin Wright and Leslie Mann, walking…