The 444-mile Natchez Trace Parkway traces a Native American trading route, cutting through the most beautiful sections of Tennessee, Alabama, and Mississippi. It’s a popular multiday getaway for motorcyclists and road trippers, with plentiful places to stay along the way. Be patient as you wind down the curving two-lane road. You’ll see more if you aren’t in a hurry.

Most travelers navigating the parkway will start the journey outside of Nashville at the Highway 100 turnoff near Loveless Cafe, where it officially begins. Once you’ve had your fill of honky-tonks and neon lights, head south to the quieter community of Franklin. It was an important site during the Civil War, as a devastating loss for the Confederacy, and is now home to a community of musicians that live outside of the “Music City.” Many still perform at small venues around town like Puckett’s Grocery & Restaurant and Kimbro’s Pickin’ Parlor.

Stop at milepost 438, which has incredible views of the Natchez Trace Parkway Arches bridge. Soaring 155 feet over the valley, the design received the Presidential Award for Design Excellence when it was completed in 1995.

Tennessee may be the land of Jack Daniel, but he’s far from the only whiskey maker. The Tennessee Whiskey Trail honors these distillers throughout the state, including Leiper’s Fork Distillery, located around milepost 428. Opened in 2016, the distillery crafts small-batch Tennessee whiskey and offers tours of the facility and tastings. Sip on the Old Natchez Trace White Whiskey, named for the scenic byway. You can also catch an impromptu show at any of the “pickin’ corners” in town, where musicians can borrow instruments and just start playing. Leiper’s Fork Market and Serenite Maison are two favorites.

Spend the night around milepost 416 at Forest Gully Farms, a working permaculture farm that has underground hobbit houses. Like their Tolkien-inspired counterparts in New Zealand, they feature round doors and are built into the earth, herbs growing atop them. The three huts are interconnected and must be rented together in advance. All come equipped with cozy quilts and access to the small kitchen and nearby bathhouse. Guests can even explore trails from the property and pick their own produce.

Pay your respects to one of America’s explorers at the Meriwether Lewis Monument at milepost 385.9. In 1809, after Lewis, Clark, and Sacagawea had navigated the West, he was passing through the South on his way to Washington, D.C. While staying with a local family, he was discovered mysteriously dead from two gunshot wounds. The site, including his gravesite, is now part of Shiloh National Military Park and is set alongside one of the original Natchez Trace footpaths.

While the Elephant Sanctuary in Tennessee isn’t open to the public, they do have a Discovery Center, which educates visitors on their mission and history. Detour from milepost 391 to learn about the gentle giants.

The trace cuts off the northwest corner of the state around milepost 341, entering Alabama. This region along the Tennessee River is known for the recording studios with the “Muscle Shoals Sound” that attracted artists like Aretha Franklin, the Rolling Stones and Percy Sledge. They’re now restored and open for tours. Music fans can also spend the night at the GunRunner Hotel, a boutique hotel with rooms inspired by the famous acts.

Back on the parkway is the Wichahpi Commemorative Stone Wall, also called Teh-la-nay’s Wall. The winding path was created by hand by the late Tom Hendrix in honor of his Native American ancestors who were removed from this region on the Trail of Tears.

Most people come to Tupelo to connect with “The King.” Elvis Presley was born here and lived much of his early life before his family moved to Memphis. Fans can see the small home where he lived with his parents, the restaurant where he ate “slug burgers,” and the store where he bought his first guitar.

But the town is also home to the Dogwood Valley Sunken Trace at milepost 275.2, one of many points where travelers can see the original path that travelers took by foot or horse, wearing it down. You can reach the town between mileposts 248 and 281 and visit the official Natchez Trace Parkway Visitor Center in town, the halfway point.

Named for a Polish Revolutionary War officer, the small town of Kosciusko is located between miles 135 and 166. Here visitors can learn about notable former residents James Meredith, the first African American student at the University of Mississippi, and media mogul Oprah Winfrey. A small sign marks the location of the home where she grew up, set on (what else?) Oprah Winfrey Road.

Exit the parkway between mileposts 87 and 103 to get onto interstates 20 and 55 to see the state capital. The city has a number of incredible museums, including the Museum of Mississippi History and the Mississippi Civil Rights Museum.

But the International Museum of Muslim Cultures is the only museum of its kind in the United States. The exhibits cover the heyday of Islamic cultures like Timbuktu and connects slave spirituals to the Muslim call to prayer.

Detour on State Road 552 to visit the ghost town of Rodney. It was originally the site of a Mississippi River crossing on El Camino Real, an early Spanish route across what’s now America. It developed into a thriving town with the state’s first opera house and a number of plantations and businesses. But a yellow fever epidemic, the Civil War, and a devastating fire led to the economy’s crash. As of 1930, it was no longer considered an official town. A handful of flood-damaged buildings are all that remains.

The journey ends in the over-300-year-old city of Natchez, which sits across the Mississippi River from Louisiana. Dozens of antebellum homes have been converted into homes and museums. But the stories of the enslaved are told at Forks of the Road, the site of the former slave market, and the Natchez Museum of African American History and Culture. The Grand Village of the Natchez Indians is another important landmark, featuring the ceremonial mounds of the former inhabitants of the area. 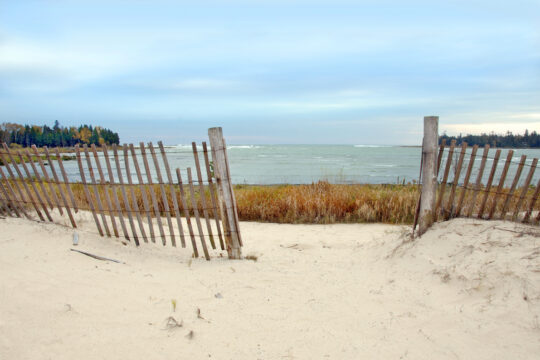 Best of the Midwest: A Guide to Wisconsin’s Door County

Long known as “the Cape Cod of the Midwest,” picturesque Door County is one of Wisconsin’s gifts to the rest of the country. Located in… 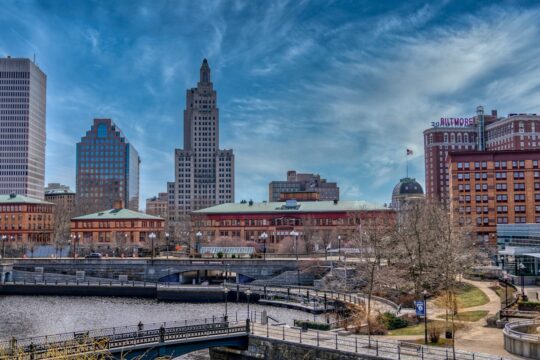 Best Things to do in Providence

Welcome to Fifty Grande’s Best of the U.S. Bucket List series. Consider this your one-stop answer to “Where should I travel next?”

The 444-mile Natchez Trace Parkway traces a Native American trading route, cutting through the most beautiful sections of Tennessee, Alabama, and Mississippi. It’s a popular…